(rule clarification-Entry “A”, Entry “B” and Entry “C” are the only competitors left in competition and Entry “A” and Entry “B” have both have earned and used a possible bye run due to a round having an odd amount of entries, Entry “C” can and will earn a bye run even if Entry “C” earned a possible bye run earlier in that race but did not actually make a bye run due to that entry having to run another entry due to an even amount of entries in that round and losing that round.)

10. Lane choice will be determined by a flip of the coin when both drivers request the same lane once paired during eliminations.

11.Once a racer signs his/her tech card, he/she accepts that his/her car can be inspected at any time during the event weekend and understands Official King of the Coast Rules.

12. Once Entering staging lanes during Eliminations, a racer MUST STAY IN LANE HE/SHE INITIALLY CHOOSES AND CANNOT MOVE TO ANOTHER LANE. If an entry pulls into a lane that was not assigned to his/her class, entry will be paired with last remaining entry of the round. THE KOC STAGING DIRECTOR, ANY OTHER KOC OFFICIAL OR HOST TRACK OFFICIAL MUST SEE THE VIOLATION FOR DRIVER TO BE PLACED IN THE INITIAL LANE HE/SHE CHOSE.

14. Dial-Ins cannot be changed once entry passes the “No Dial Changes Past this Point” Signs. If driver is found to have violated Rule “K” under Race Guidelines for Electronics, Footbrake and Sportsman by a KOC Official or Host Track Official will require the racer to display original dial-in.

15. A driver must stage his/her entry under power to receive credit for participating in any round of eliminations.

16. Once entry is Pre-Staged, the entry MUST not be touched by crew member of said entry. Violation of this rule can result in the elimination of said entry and a competition bye will be awarded to said entries opponent. A KOC OFFICIAL OR HOST TRACK OFFICIAL MUST SEE THE VIOLATION FOR DRIVER/ENTRY TO BE ELIMINATED FROM COMPETITION.

22. A race in considered a pair one race vehicle is 5 cars or less from the front of staging lanes  in relation to competition bye runs.

23. Any clarification of a rule not covered in 2022 KOC Rules and Regulation will be made by Event Director. 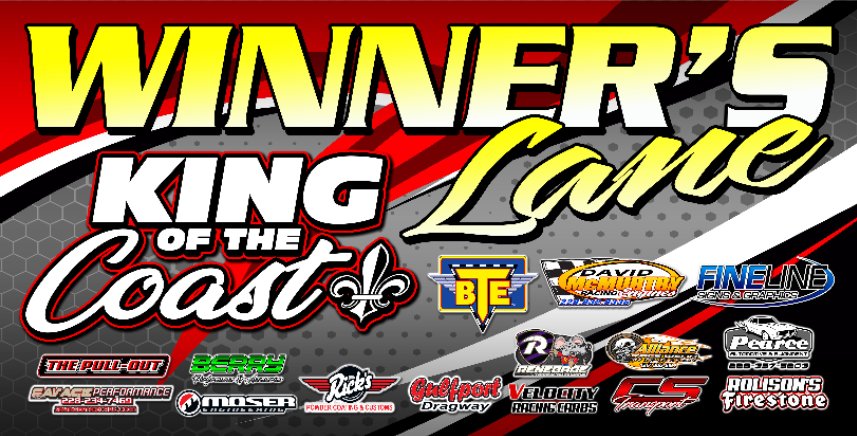